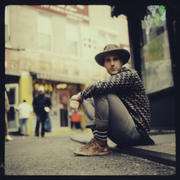 Export to Outlook or iCal (.ics)

Back by popular demand and for the fourth consecutive year, the FIGat7th Downtown Festival 2016 will reignite the city this summer with eclectic sounds and tunes. Presented by Arts Brookfield, the festival kicks off Friday, July 15 and will run weekly at Downtown LA’s premier shopping destination, FIGat7th. The shopping center’s outdoor plaza will be transformed into an intimate concert venue for six consecutive Friday nights with performances by leading pop, rock, American roots, soul and alternative artists. The FIGat7th Downtown Festival is free and open to the public as part of Arts Brookfield’s continued effort to bring Brookfield’s public spaces to life through visual and performing arts.

Join us Friday, July 15 for performances by Rayland Baxter. Come early at 7:30 p.m. and enjoy new outdoor drink service on the TASTE Food Hall patio and upstairs plaza, served by Lotería Grill, along with a variety of great dinner options from all the eateries at FIGat7th. A guest DJ will be spinning beats until 9:00 p.m. when the headlining artist takes the stage. The curated line-up of performances truly reflects the diversity of the city.

FIGat7th Downtown Festival is one of the only free concert experiences in Los Angeles where music lovers can dine, drink and shop all in one DTLA location. Summer Happens Here!

THE WOOD BROTHERS on August 5th

Dave Theune is now a member of Silver Lake Star
Saturday
Welcome Them!