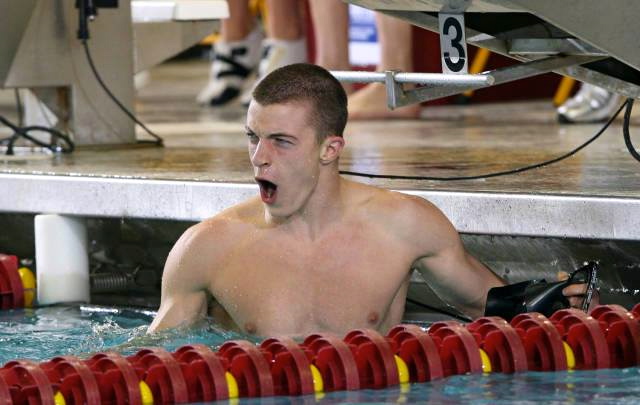 Nineteen seconds. For most of us, that’s not a lot of time to accomplish much, maybe fill up a glass of water, walk up the stairs, or get a leash for the dog.

But for aspiring Olympian Derek Toomey, that’s enough time to swim two laps of the pool.

He is aiming to compete in the 50 freestyle-an event in which he holds the school record and became the first swimmer in Big Ten conference history to finish in less than 19 seconds. Toomey also swam the race in the 2012 Olympic trials, and ended up tied for 36th place.

When he is not pushing himself in the pool, he is inspiring others to do the same as a swim coach for Southern California Aquatics (SCAQ), a Masters swim team that holds practices at eight locations, including USC and Echo Park Plunge.

The program holds weekly stroke clinics and ocean workouts as preparation for triathlons, ocean competitions and pool meets. And practices can fit many work schedules as they take place morning, noon and night.

The average SCAQ coach has as much, or more, swimming experience as Toomey: five are Olympians and almost all had college All-American times. But the casual swimmer should not be intimidated; SCAQ has a workout for every level, from novice to Olympian. So even if your 50 free clocks in at more like a minute and 19 seconds, there’s a lane open for you at Southern California Aquatics.

Find a practice near you on our website: http://www.swim.net/scaq.cfm.  See you underwater!