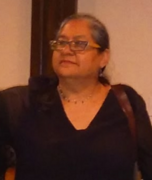 More than 60 people gathered Thursday evening, December 17th at the Holy Virgin Mary Russian Church at 650 Micheltorena St. as a panel of 10 L.A. City officials answered written questions about what is being done to deal with Silver Lake's large homeless population. This was a good turnout since Anne-Marie Johnson and Rusty Millar of the Silver Lake Neighborhood Council said they had passed out at least 500 flyers in the area letting residents know of the upcoming event.
As Johnson recalled, "We said 'Let's do an old fashioned town hall meeting to address the problem. There will be thousands of people on the street this winter without a roof over their heads."

PATH, People Assisting the Homeless' Chief Development and Communications officer Jeremy Sidell told the audience that in Los Angeles: "PATH's greatest strength is to house people. There are 44,000 homeless individuals in L.A. County — 20% of them are in Silver Lake. We put together a service contract to get them permanently housed. Unfortunately, there is not enough portable housing to get all the homeless off the street. We have offered these people beds. Some have pets and don't want to come into a shelter, but their ears perk up if we offer to put them into an apartment."

But, Sidell also told the audience that about one-third of the homeless residents are chronically homeless,and resist services that PATH offers to them. Panel members pointed out that a third of the county's homeless population are mentally ill.

Also on the panel was "General" Jeff, a community activist and skid row resident who said, "Some people are ready to get off the street due to poverty." When asked if the city had plans to convert abandoned buildings into low-income housing, he replied: "Housing development is a long, slow process."

Of major concern at the meeting were the various homeless encampments around Silver Lake and the debris and human filth left around them. Field Deputy Mary Rodriguez [pictured above], of 13th District Councilmember Mitch O'Farrell's office said, "We go out with the LAPD and PATH every Wednesday, and we're trying to do everything we can. Spot cleaning can be done. We've tried to work with CATRANS, but it has been very difficult." She said that at one such encampment, under the Sunset and Silver Lake Boulevard overpass, the city has discussed putting in hard wire fencing to keep homeless residents out.

Officer Vic Gutierrez, a senior lead officer for LAPD's Rampart Division, has also had experience at this particular encampment: "I asked these guys to move. Guess where they moved? Under the bridge. Yes, the city has asked us to bag and tag the homeless debris. I don't have an answer as to how we do this."

"I grew up here," Gutierrez also said. "I've seen everything. I'm not here to demonize the homeless. We in Silver Lake have the worst homeless problem in the nation." He and other LAPD officers on the panel agreed that police are there to enforce the law—not to get rid of people.

Also of concern was the safety of the homeless encampments themselves, as well as their residents abiding by the law. To that end, LA City Neighborhood prosecuting attorneys, Mark Ross of the Rampart region and Gabrielle Taylor of the Northeast region were also present. "Being homeless is not against the law, but it does not allow people to commit crimes," Ross said. When homeless individuals are complained about by area residents, Taylor has dealt with it. "I've met with many homeless individuals and asked 'What can we do to fix this problem?'."

Indeed, one man in the audience spoke out about a nearby homeless man who kept lighting fires near his home. "I don't know what he's doing. I don't WANT to know!" Another man in the audience was homeless himself and described what it was like trying to stay employed. He told the group how he had lost four jobs when his employers found out he had nowhere to live. "People were freaked out when they found out I was homeless. It was humiliating." Attorney Taylor on the panel told him what happened to him was not appropriate or legal.

Of great concern was how all the people living on the street will deal with the upcoming El Niño weather system. PATH official Sidell told the audience that beds will become available when it is raining, or when the outside temperature drops to under 40 degrees. And one older man asked where the money would come from to offer these services to homeless residents.

Officer Gutierrez replied that Mayor Eric Garcetti "...is looking at endowments. The city is trying to bring in money not only from taxes, but corporations and wealthy individuals."

Our thanks to Clint Lohr, Journalist Extraordinaire and local Realtor with Keller Williams — SilverLakeStar