How would you use $100,000 to shape and build the future of Los Angeles? My LA2050 challenges you to dream of the most impactful and innovative ways to tackle Los Angeles’ biggest challenges. They are confident that with your help, they will shape the LA story anew – and build the LA2050 of…

Local Returns to Read His Books at Ivanhoe

On Thursday, February 28 at 8:30 a.m., Oliver Chin returns to his 'hood. He'ssss sssssharing his newest book in a ssssseries of children's ssssstories, The Year of the Snake. Sssstarring Ssssuzie and Lily, Chin's beautifully illustrated… 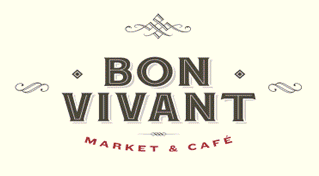 The Silver Lake Chamber of Commerce quarterly mixer will introduce and reacquaint local businesses this Thursday. Bon Vivant Market & Cafe in Atwater Village will host the event from 6:30 to 8:30 p.m. Bring business cards and a BRIEF introduction. Expect fun, friendship and new contacts for increased profits. See me for a serious Silver Lake Star sponsorship package…

L.A. City election is coming March 5th. This election is important for communities that comprise Council District 13 including Silver Lake, Echo Park, Atwater Village and Hollywood. We will end up with a new person to represent us at City Hall and City Council decisions effect every aspect of our neighborhoods, from public safety to infrastructure, traffic, jobs and much more.
For more information about the all the City…
Continue

KPCC asks: How has mental illness affected your life?

I met Karen Numme the way many Silver Lakers have met her over the years, through the Silver Lake Chamber of Commerce. She dedicated many years as a board member and the liaison from the SLCC to the Silver Lake Improvement Association. And now, she is also a member of SLIA.

I found her to be articulate. Karen has earned…

February 7th was a very interesting evening at Williams Hall on the historic Barlow Hospital campus in Echo Park. Los Angeles City Council Districts 1 and 13 fall within Echo Park's borders, and the 10 candidates sat at the front of the room in anticipation of the upcoming March 5, 2013 election, taking turns telling the audience of at least 80 what they will do for the community, if elected.

Echo Park area residents had submitted questions to the candidates. Among the issues… Let the LA Public Library Know What You Think

What is your vision for the library of the future?

Your answer will help the Los Angeles Public Library to create a strategic plan that will shape the library's services and programs over the next five years. Please take a few minutes to answer the four questions in this… I recently received this from a friend of mine and the community's. It's a warning to others regarding travel with animals. These are her words. I am reaching out to you in a time of great difficulty.
Bella and Charlie, my lovely little pekingese, were KIILLED BY A BUS… Do you suffer from an 'invisible' condition like migraines or rheumatoid arthritis?

Do you or a loved one suffer from an illness like migraines, rheumatoid arthritis or chronic fatigue syndrome? KPCC reporter José Martinez is working on a series of stories that…

Make your voice heard by attending the Candidate Forum for L.A. City Council Districts 1 &13. The Los Angeles City Council decisions directly affect this community's parks, infrastructure, and the allocation of the budget.

*UPDATED: It's Easy Being Green -The Stairs Get a Bike Rail in Silver Lake

We featured this story a month ago and the blog post received nearly 500 views. As an update, here's a link to show how the sister cities program helped inspire this solution. And how this bike rail is inspiring other simple fixes throughout L.A. Click on: …