Before Eddie North-Hager started SilverLakeStar.com and six other neighborhood websites, the news of L.A. was "electronically" displayed on the corner of 6th and Hills streets in downtown. Click the photo for the story.

By Carole Nese and Don Snyder

If you are ever in the mood for Broadway music and live entertainment for breakfast, just drop in on The Los Angeles Breakfast Club on Riverside Dr. in Los Feliz every Wednesday morning at 7am.  No, you are not dreaming when you are pleasantly greeted by smiling faces of members who welcome newcomers with… 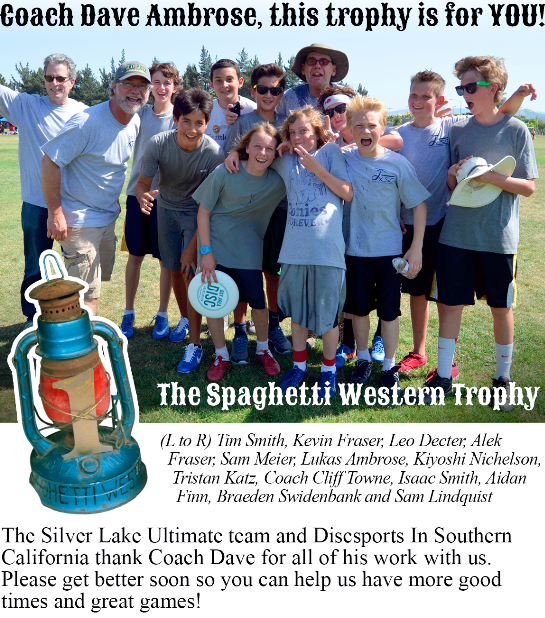 On Sunday April 28th, Silver Lake Ultimate won the Championship at the  2013 Spaghetti Western Middle School Ultimate Frisbee®  Tournament in Northern California. The players were from Discsports In Southern California's Summer League program with the Silver Lake Recreation Center and their after school program at Thomas Starr King Middle School. The win was…

Vandal Caught on Video - you can help catch him

The crime caught on this video (Forward it to 18 seconds to watch him appear.) occurred on Wednesday, May 1, 2013, at 2 am, in an Atwater Village residents' driveway. This is the first video of the perpetrator caught in the act. According to the…

LosFelizLedger.com quotes the CD13 runner-up's campaign manager as saying, “An investigation should occur.” For the full story on O'Farrell's and Choi's next steps, click here.

We made it happen!

Together. You, me, and our neighbors across District 13.

We stood up against special interests and their Super PAC money. We showed that integrity and decency can beat the establishment and their negative campaigning.

I'm so proud to be a resident of District 13 today. You keep hearing in the news how voters in L.A. aren't engaged—how they don't care. "Mitch O’Farrell is the best choice to carry on the work I’ve been doing in the 13th District. He deserves your vote,” Eric… 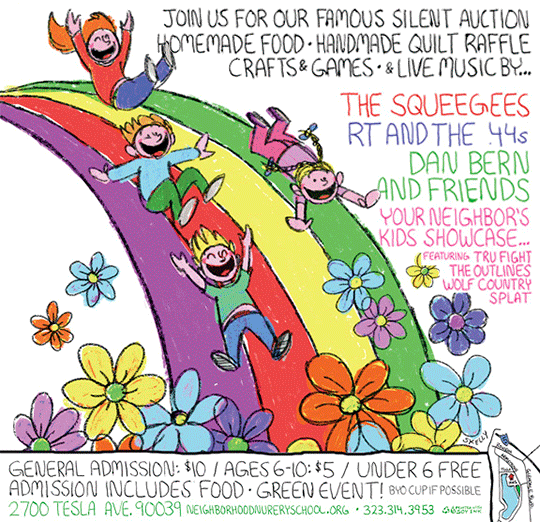 If you live in the Los Angeles area, please join 89.3 KPCC on Saturday, May 13 for a panel discussion on what makes a medical condition "invisible": What is unique about the suffering of someone who has R.A. or chronic migraine headaches? What challenges does that person face in communicating her or his condition to a health provider? And is this a matter of public health?

Conditions like cancer, heart disease and AIDS strike fear into the…

Council members and others endorse O'Farrell for CD13

This news comes from the O'Farrell campaign. Although we received a commitment of answers to questions from John Choi, the other candidate for City Council District 13, he has not responded to our contact via email and Facebook.

Friday was an inspirational day for the O'Farrell campaign. Community leaders at all…

The future of Sunset Junction 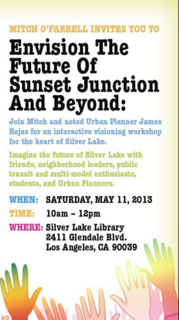 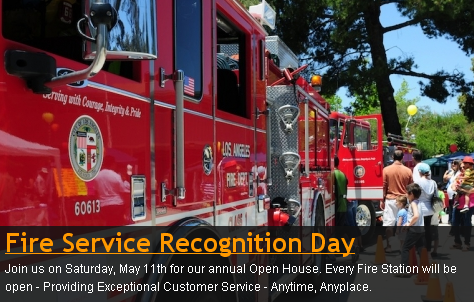 To increase community awareness of Fire Department services, the Los Angeles Fire Department designates the second Saturday of each May as Fire Service Recognition Day. This year, we celebrate:

Our neighboring community of Elysian Valley will be holding a candidate forum for the two CD13 City Council candidates in the runoff - Mitch O'Farrell and John Choi. On May 7th the Greater Griffith Park Green Committee will present its first in a series of free educational workshops for the community around issues of the environment, energy use, water use, sustainability and more. Please join us!

Spend a Tuesday evening with us and learn about:

*Key home components that waste and improve energy use
*Home improvements that qualify for up to $4,500 in rebates from Energy Upgrade…

Below is an image of the brush fire burning near Eagle Rock today, Friday, May 3, 2013, taken on the spur of the moment from my Silver Lake Star office by starting a Google hangout. The image is reversed, an issue of which Google has apparently been aware for a year.

Helicopter to the rescue!! To see more photos during the sequence, check out my…